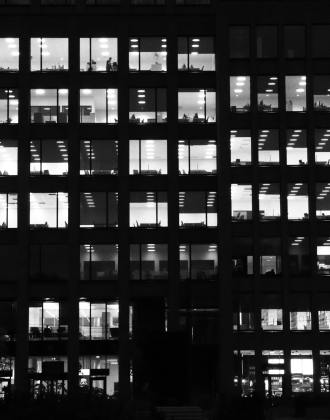 The once glamorous company saw negative revenue growth for the past two quarters, and lost less than 20% of its value in the past month.

Agora Inc, the real-time audio and video solutions provider based in Shanghai, is undergoing a massive round of layoff, according to news media China Star Market. The company is letting go of 300-400 of its employees out of the total 900, with many being new recruits who graduated last year, according to an ex-Agora employee who posted her experience on Douyin.

The round started on October 24, the Programmers’ Day in China and caught people off guard, according to discussions on Douyin and MaiMai, a LinkedIn-like platform in China.

Agora has confirmed that the company is undergoing a structural adjustment to optimize the company’s operations, but denied the 30% lay-off ratio, according to Zidan Financial. However, according to a Douyin user who was part of the lay-off, around 300 people has entered an “Agora Graduates” group chat.

Agora Inc was founded by Tony Wang and Tony Zhao in 2013, and serve industries such as live streaming, online education, gaming, IoT, AR/VR, finance, and healthcare. Their real-time audio and video PasS service help companies enhance engagement and interactions in a variety of scenarios.

Agora is the technology services provider behind the hit social app ClubHouse and HTC’s VIVE Sync VR app. According to Seeking Alpha, Agora’s stock prices “doubled within a few weeks” after ClubHouse took off in 2021 and traded at above $90/share. Historical prices show the company once climbed to above $111/share in February 2021, which is more than five times of its $20 IPO price.

However, the company’s stock has been going downhill since then. Agora currently stands at under $3/share, and reached its new low on October 24 and October 25 from the previous $3 level to above $2.6. The company lost around 20% of its value in the past month.

The fluctuating stock prices and layoff all traces back to the company’s decrease in revenue. In the first and second quarter of 2020, Agora profited $3.266 million and $3.069 million respectively, but since then they have posted a consistent loss for the next eight quarters.

The company is riding rough water partly due to the pull-back in China’s internet industry and complicated China-US relations, which brings conspiratorial voices to Agora’s data security issues.

An Agora spokesperson told PingWest in 2021 that “operating globally means that we must adhere to applicable law, regulation, industry practices, and standards in each region in which we conduct business."

Photo by Giorgio Grani on Unsplash