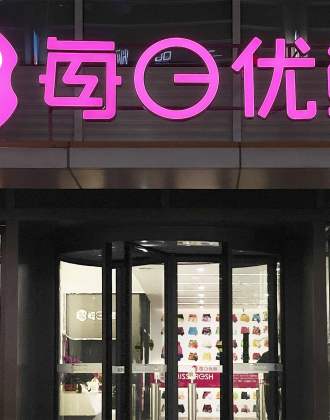 Nasdaq-listed Missfresh, a Chinese leading grocery delivery company, is on the brink of collapse as the company has undergo a massive layoff to prevent its cash flow from drying up.

Nasdaq-listed Missfresh, a Chinese leading grocery delivery company, is on the brink of collapse as the company has undergone a massive layoff to prevent its cash flow from drying up.

Rather than a face-to-face talk with human resource, hundreds of Missfresh’s employee found out they were about to lose jobs at ByteDance’s remote collaboration app Feishu via separate work group chats.

Explaining the rationale behind the decision making, Xiao told employees that an expected investment from a coal mining group had not materialized, so now the company’s operations are in big trouble.

As of today, the transaction has not been closed and Missfresh has not received any funding from Shanxi Donghui.

“We are negotiating with Shanxi Donghui for the capital injection, and we have filed documents to the Securities and Exchange Commission with regards to the details of CNY200 million investment. However, Missfresh hasn’t secure any investment from Shanxi Donghui. As a result, Missfresh has to adopt some adjustment to our corporate structure, including a temporary shutdown of or on-demand distributed mini warehouse (DMW) service and staff optimization,” Xiao explained.

Normally, companies are required to give a month's notice if they plan to fire employee due to restructuring or other streamlining measures. This gives the workers time to find new jobs.

However, this is not the case in Missfresh as most of the affected employees were informed that July 28 is the last day of their work.

“It’s really quiet a rush” for us to find new jobs, Missfresh has made promise that June and July salaries would paid, but we highly doubt that they will make any payments in the future,” the source said, requesting anonymity to disclose private talks.

Other source told PingWest that more than 20 unpaid suppliers, which came from different cities including Tianjin and Shijiazhuang in Hebei province to occupy Missfresh’s Beijing headquarters and fight for payments.

The shutdown of multiple business department including mini-warehouses marked the end of Missfresh’s business model that relied on highly efficient logistics with large storage sites, allowing riders to load up with fresh produce to deliver to customers in roughly 30 minutes.

The 8-year-old company recently notified users through its app that the 30 minutes delivery promise would be changed to next-day delivery.

Founded in 2014, Missfresh had raised $117mn from Tiger Global, $66mn from Goldman Sachs and millions from Chinese social network and gaming giant Tencent. Tiger held an 11 per cent stake in the company as of December 31. Last June, Missfresh raised almost $300mn in a Nasdaq initial public offering led by JPMorgan and Citigroup, valuing the start-up at $3bn.

China’s online-to-offline grocery segment started to take off in 2020, when tech giants including Meituan, Pinduoduo and Didi Chuxing made foray into the booming industry.

The companies fought for market share by offering massive discounts, leading to scrutiny from China’s market regulator. Missfresh, Didi and Meituan, among others, were all fined for unfair price competition.

Over the past year, China’s once overworked and crowded online-to-offline grocery industry have seen a series of job cuts, headcount freezes and stalling or falling pay.

Missfresh booked a loss of US$151 million in the third quarter of 2021, widening by 58 per cent from a year earlier, according to its latest financial disclosure.

Previously failed grocery company called Nice Tuan, which had also undergone rounds of layoffs to downsize operation before falling down.