Huawei unveils HarmonyOS 3.0, and a bunch of new gadgets 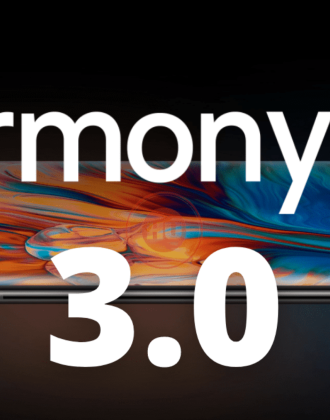 In entertainment scenarios, the new Huawei smart TV S86 Pro is an 86-inches beast that can deliver stereo sound when coupled with Huawei Sound X — a bluetooth speaker. The smart TV is integrated more deeply with other mobile devices in HarmonyOS 3.0, and can push tasks such as payment pages to users’ cell phones, as well as sync and display users’ health data captured with Huawei smartwatches.

In traveling scenarios, Huawei’s new Watch 3 Pro can help users remotely control their cars, get taxis and rides, and check WeChat messages on the go. The WeChat for watch function is a much-requested one for Huawei users in China since the messaging app has over 1.2 billion monthly active users.

The watch’s ride-hailing function is provided by Huawei’s own Petal Travel, an aggregated platform now available on tablets, laptops, and phones in addition to watches.

The company's first color printer Huawei Pixlab was also unveiled yesterday. The new Pixlab has many smart functions, such as capturing the screen’s color temperature and adjusting the final result accordingly, and removing handwriting or scribbling on documents.

HarmonyOS 3.0, the latest OS, focuses on deep collaboration across devices in multiple scenarios such as office, entertainment, exercising, and traveling. As Huawei put it, they expect their devices to be able to “initiate services” and not just “provide services upon request.”

The system will allow Huawei phones to share their telecom capabilities with Huawei MatePads, such as receiving text messages and using cell phones’ data on tablets without SIM cards. The function is 30% more efficient than using hotspots, according to Huawei.

HarmonyOS 3.0 also made several changes to its UI design, including allowing users to customize the appearance and size of the Universal Card widgets, sorting apps by their colors or functions, and creating full-body avatars which can be used in messaging apps. Overall, the changes give users more freedom to customize and create, which might appeal to younger consumers.

The system also addresses a primary concern for users in the digital age — data privacy. Harmony 3.0 offers a privacy center, a safety center, and an app control center, which can scan, block viruses and run risky software under controlled parameters. It also allows users to erase sensitive EXIF data such as locations that are tagged on photos and automatically blur out personal information such as passport numbers from screenshots upon posting.

For the disabled community, Huawei’s HarmonyOS 3.0 offers many accessibility solutions. The company’s devices will be able to read or describe whatever is on screen or captured with the devices’ camera aloud and alert virtually impaired users of obstacles on their way. AI captioning helps hearing impaired users communicate with others seamlessly.

The OS will be available for update on Huawei's P50 series, Mate40 series, Mate50 series, and Huawei MatePad Pro 12.6-inch 2021 models, as well as all the new devices unveiled at the conference.

In 2019, Google ceased providing Huawei with its range of proprietary software services due to U.S. government sanctions, which had a negative impact on sales of Huawei smart devices abroad. Huawei swiftly released HarmonyOS, an operating system built from open-source technology, in its drive of technical independence. In recent years, the company has poured a lot of resources upgrading and refining the OS.

More than 300 million Huawei devices have HarmonyOS 2 installed on them so far, and more than 170 million HarmonyOS Connect items have been shipped, according to Richard Yu Chengdong, a senior executive at Huawei.