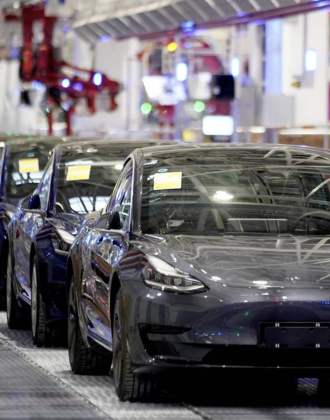 CATL's new battery, called Qilin, will achieve volume utilisation rate to 72%, which is a big improvement from 50% for its first generation launched in 2019

Contemporary Amperex Technology (CATL), China’s largest electric vehicle battery manufacturer, will start mass production next year of an electric-car battery with a range of over 1,000 kilometers on a single charge.

CATL's new battery, called Qilin, will achieve volume utilisation rate to 72%, which is a big improvement from 50% for its first generation launched in 2019, the firm said, and increase the battery system's energy density to 255 Wh/kg. The Qilin battery charges faster than existing cells, and is safer and more durable.

The company did not reveal the detail with regard to electric vehicle makers which had placed order for the new battery.

CATL announced on Wednesday that it raised 45 billion yuan in a private placement of shares, which will be used for production and upgrade of lithium-ion battery manufacturing in four Chinese cities.

In a separate announcement on Thursday, CATL said it has supplied electric vehicle (EV) batteries to South Korea's Kia Corp.

The South Korean automaker has chosen batteries from CATL for its electric Niro crossover SUV, marking Kia's first use of non-Korean EV batteries for sales at home.

CATL is the world’s largest battery maker, its major clients include Tesla and Volkswagen AG.

In June 2021, it has extended a partnership agreement with Tesla to provide battery packs for Model 3 sedans and Model Y sport-utility vehicle made in Shanghai Giga factory until December 2025. Apart from Tesla, the company has also strengthened its strategic partnerships with automakers Ford Motor, Hyundai, Mercedes-Benz, Fisker Inc, as well as Chinese automakers Great Wall Motor, NIO Inc and Li Auto.