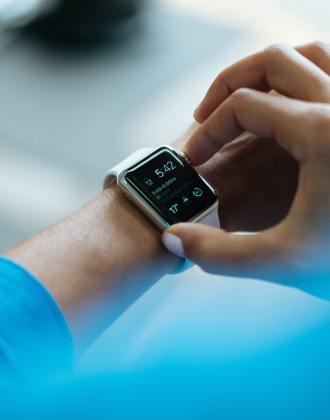 As the COVID-19-driven stay-at-home economy fades globally, Chinese online fitness platform giant Keep has had to join the ranks of companies shrinking their fronts by axing non-core businesses.

Keep Trainer and Keep Yoga, the fruits of global expansion attempts by their parent company, will stop all operations after June 30, 2022. Current users can request refunds and download their exercise data before August 30.

“If Keep has an overseas version, I would like to be its first user,” says Tim Cook, in March 2017 during a visit to Keep’s headquarter in Beijing, China.

With the billionaire’s blessing, Keep launched its overseas version in 2018. In the same year, Keep Trainer was awarded as the Best Self Improvement App in Google Play Store. By January 2019, Keep’s overseas apps including Keep Trainer and Keep Yoga accumulated over 10 million overseas users, available in 17 languages and over 180 countries and regions, according to Wang Ning, Keep’s Founder. The company was once optimistic about its future in the global market and went to great lengths to optimize and localize the apps to better cater to international users. Attempts such as re-choreographing workouts to fit non-Asian body types and finding coaches of different ethnicity were made, according to a Morketing interview with Xie Panpeng, Keep's Head of Overseas Department.

In just four years, the app has turned from the hidden gem of fitness apps to one that will soon cease to exist. The termination of the apps has devastated their users. Abhishek, a member of 5 years with 311 workouts sessions completed, says ”there is no replacement for the app in (Google) play store”, and “after the notification I got, I was in a state of panic. ”

Joseph, who has been a member of Keep Trainer since April 2020 and has completed over 170 hours of workout via the app says that he has over 12k coins in the app so he never had to pay for anything, and is “sad to see them go and will donate $10 on their way out.”

Amid a swarm of sad comments, some stick out as they were written in Chinese and complained that they switched to the overseas version become it’s more clear and more concise than the Chinese one. In addition, users can earn “Calorie Coins” in Keep Trainer by completing workouts or watching ads, and use the coins for purchasing training plans, whereas, in the Chinese version of Keep, a monthly subscription is required for many workout contents and making training plans. These users urge Keep to improve its Chinese app and remove superfluous functions.

In a conversation with a customer service rep from Keep, the Keep employee said their overseas apps are currently in a “removed and awaiting fixes and updates” status. The comment is to be taken with a grain of salt, as Keep’s US counterpart Peloton has faced similar dilemmas and saw its growth rate slowed, market cap shrunk and the stock price tumbled.

Even though Keep’s overseas apps are to be terminated at end of June, they have already been pulled off from Apple’s App Store and Google Play Store this week, per data.ai. Keep has stopped updating its Twitter and in-app posts since April 2019, with its Instagram account remaining relatively active (latest post in March). Two users complained on Twitter in June 2019 that they were unable to reach Keep when trying to solve a technical glitch. In addition, The Keep Trainer app was only updated once in 2022, and every update since April 2019 has been to “fix bugs”, with no function or feature addition, which leads people to believe the backstage managing and operating have been absent for a while.

The termination of Keep Trainer and Keep Yoga can be attributed to its lack of profitability. According to Keep’s recent prospectus, as the biggest online fitness platform in the world ranked by monthly active users and workouts completed, it has witnessed a four-time increase in subscribers from over 800,000 in 2019 to 3.3 million in 2021. Yet, its net loss increased as well. In the first three quarters of 2021, the company reached an adjusted net loss of 696 million, a ghastly 4380% increase YoY, due to its increase in selling and marketing expenses, which were 818 million yuan, translating to 70.6% of its total revenue.

The company’s revenue largely depends on fitness tools such as bikes, smart wristbands, yoga mats, and yoga balls. 55.1% of Keep’s revenue comes from such products, according to its prospectus. Additionally, ads account for 12.1% of its revenue, and subscriptions and paid content account for 32.8% of its revenue — 11% of Keep’s MAU transfers to monthly subscribing members, and only 1% transfers to “DTC purchasing users”, meaning users who purchase Keep’s self-branded fitness products through DTC channels.

Therefore, it makes sense for Keep to forsake its overseas apps, which are not helping its monetization, and transition its global expansion attempts to selling products, mirroring its profitability path in China. Keep has opened an official store on Amazon, with many Keep fitness products started appearing on the site in October last year. Keep has also been promoting its products via means such as Instagram influencers.

Customer ratings of Keep products on Amazon are positive, however, the sales volume is slim, which is likely due to a lack of brand awareness in overseas markets and high pricing. Keep yoga mats go from USD49 to USD79, a highly uncompetitive price given the best seller on Amazon only costs USD20.

Keep has cash and cash equivalents of 1.7 billion yuan as of September 30, 2021. As the company races for IPO in Hong Kong, compared to monetization, global expansion plans might not be its primary concern right now.