NetEase, Blizzard postpone the release of "Diablo Immortal" in China and other Asia-Pacific nations 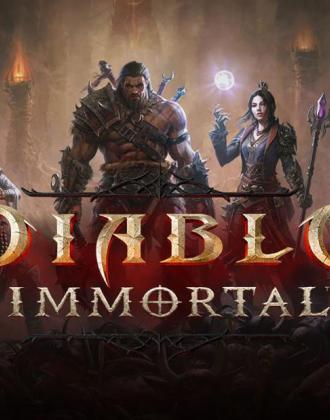 Last year, the tittle was approved for release in China by the National Press and Publication Administration, China's media authority.

The debut of "Diablo Immortal", a video game co-developed by Chinese gaming company NetEase and Blizzard Entertainment, had been delayed.

Without explaining the reason for the delay or providing a new release date, NetEase suggested in statement that it was making technical updates to the game.

At the same time, Blizzard announced that it will postpone the release of Diablo Immortal in the Asia-Pacific region to July 8.

“Having a staggered launch for our debut mobile-first game gave us an opportunity to learn and optimize between each phase. We believe that our players will benefit from optimization that would make the download and playing experience much smoother," the renowned game developer said in its statement.

NetEase said it will be compensating players in affected territories for the delay. "After the official launch of "Diablo: Immortal", all adventurers can receive rewards through the in-game mailbox when completing registration," wrote the statement. "Thank you for your support and understanding, we are doing our best and look forward to seeing you at Sanctuary as soon as possible. "

The "Diablo Immortal" Weibo account is presently suspended from posting due to "violation of applicable rules and regulations". Weibo is the Chinese equivalent of Twitter. Last year, the tittle was approved for release in China by the National Press and Publication Administration, China's media authority.

In a news release at the time, William Ding, Chief Executive Officer and Director of NetEase, said "We are very proud that Blizzard Entertainment has chosen us to help bring one of their largest game franchises to mobile...We consider this a huge opportunity to show the world, and particularly Western gamers, NetEase's strong R&D capabilities."