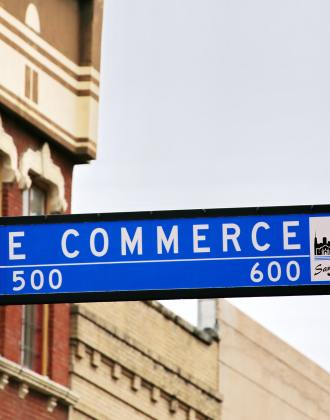 High inflation erodes profit margins, necessitating enterprises to limit costs and reduce spending—particularly those that have expanded aggressively during the past two years of easy monetary policy. Consequently, layoffs are sweeping the tech sector, which benefited the most from the digitalization accelerated by the COVID-19 outbreak.

But, as the saying goes, “In the middle of every crisis lies immense opportunity” and, “Be greedy while others are fearful," which indicates that a crisis can be a game-changer for some.

Alibaba may have considered this and is acting accordingly. As competitor Shopee downsizes, the Chinese internet giant is expanding its Southeast Asian e-commerce unit, Lazada.

Founded in 2012 and acquired by Alibaba in 2016, Lazada is the third biggest online retailer in Southeast Asia after Shopee and Tokopedia. It is now accessible in six Southeast Asian countries: Thailand, Vietnam, the Philippines, Indonesia, Malaysia, and Singapore.

In the past two months, Lazada has been in the spotlight. On June 3, the company revamped its organizational structure and named James Dong as CEO. Former head of globalisation strategy and corporate development at Alibaba, Dong joined Lazada in 2018 to oversee its operations in Thailand and Vietnam.

In May, it received a $378.5 million injection from issuing new shares to its parent company, Alibaba Singapore. The investment is the largest since Alibaba’s $1.3 billion investment in the firm in June 2020.

Reuters reported in April that Alibaba planned to expand Lazada to Europe and that Dong would help spearhead the initiative.

Unlike Lazada, which has been making a lot of changes, its biggest competitor, Shopee, has been gradually withdrawing from its pilot markets since the beginning of this year and recently announced layoffs in its food delivery and digital payment businesses.

In an internal memo on June 13, Shopee's CEO, Chris Feng, said that the move was to make adjustments to optimize operations in certain segments and markets. "Given elevated uncertainty in the broader economy, we believe that it is prudent to make certain difficult but important adjustments to enhance our operational efficiency and focus our resources," said the CEO.

The COVID-19-fueled e-commerce boom has made e-tailers, particularly in developing nations, market darlings during the last two years. Stock of Shopee’s parent company, Sea, has risen from around $40 per share before the pandemic to more than $300 per share in October 2021, with a market capitalization of more than $200 billion.

To fuel its aggressive expansion outside the region, Sea raised about $6 billion in an equity and convertible bond sale last September, making it the largest fundraiser in Southeast Asia. This is the company's second sale in less than a year after raising $2.6 billion in December 2020.

As part of the Southeast Asian conglomerate's expansion plans, Shopee has entered Chile, Colombia, Mexico, India, France, Poland, and Spain. it was forced to scale back its expansion, closing its e-commerce operations in India, France, and Spain and laying off employees in Mexico, Argentina, and Chile.

A growing number of forecasters now believe that with inflation running high in many countries in Europe, America, and Latin America, central banks will be forced to significantly hike interest rates, which might limit economic development or perhaps precipitate a recession.

In the event of a recession, cash will reign supreme, which is why companies are downsizing and focusing on profitability. As of March, Sea possessed $7.68 billion in cash and cash equivalents, down from $9.240 billion a year earlier, according to its first-quarter earnings report.

“This has resulted in weaker GMV (Gross Merchandise Value) and revenue growth in the most recent quarter,” Toby Xu, Alibaba's chief financial officer, said last December during Annual Investor Day. “But we also see potential to tap into new addressable areas in order to attract new consumers. That will position us well for the long term.”

Increasing investment in Lazada to expand into new regions, such as Europe, could be a remedy for stagnant local demand. Currently, Alibaba is active in the European market with the marketplace AliExpress. Most of AliExpress's revenue comes from exports from China. Instead, Lazada will prioritize regional vendors within Europe.

In the March quarter, the international commerce division of Alibaba's revenue increased 7% year-over-year to 14.3 billion yuan, mostly due to Lazada and Alibaba.com's international wholesale operations. The figure seems lackluster, mainly because some of the growth was offset by AliExpress, which was hit by the change in the European Union’s VAT rules as well as supply chain and logistics disruptions caused by the Russia-Ukraine war. During the quarter, Lazada saw a 32% increase in orders.

Unlike Shopee's strategy of providing a lot of discounts and lower-priced products to rapidly expand its user base and seize the market, Lazada has invested heavily in logistics, warehouses, payment systems, and other fields to provide better guarantees for the long-term development of e-commerce.

This is one of the reasons why Lazada is behind Shopee in terms of GMV, active users, and downloads. Lazada is currently the second largest business-to-consumer logistics network in Southeast Asia, and it is also the largest logistics network built by e-commerce platforms in the region.

If it enters Europe, Lazada is likely to adopt a similar strategy. Cainiao, Alibaba's logistics arm, has facilities in logistics compounds close to Madrid, Paris, and Bremen, and it opened its first smart logistics hub in Europe at Liege Airport in Belgium last November.

By 2030, Lazada aims to quadruple its GMV to $100 billion. Despite the pessimistic outlook for the economy as a whole, sufficient capital exists to enable its steady expansion. As of March 31, 2022, Alibaba has 446.412 billion yuan (about $66.58 billion) in cash, cash equivalents, and short-term investments.

Photo by Mark König on Unsplash