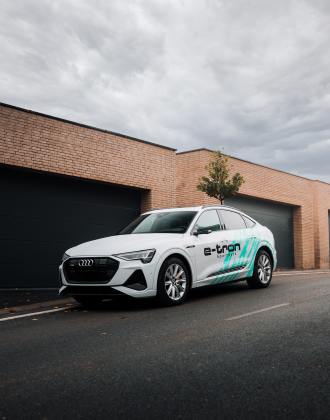 Chinese EV manufacturer Nio, a rising car maker in the global market, has recently been sued by Audi, a subsidiary of Volkswagen Group, for alleged trademark infringement. Audi filed a lawsuit against Nio in Munich, saying the Chinese carmaker has “chosen model names for the European market ‘which, in our opinion, infringe Audi brands,” according to German newspaper Handelsblatt quoting Audi’s spokesperson.

The lawsuit focuses on two of Nio’s car models, the ES6 and ES8 SUVs, which came years after Audi’s sedan models S6 and S8. Nio’s European subsidiary in Munich did not respond with details. "We do not comment on an ongoing process," the company’s spokesperson told Handelsblatt.

Nio’s first stop in Europe was in Norway and has sold a thousand ES8 models in the country, with 404 registered and 604 more waiting to arrive for delivery. However, the EV maker’s foray into the European market has been a bumpy road. Due to a technical difference in EV charging, Nio has to build its own battery swap stations in addition to distribution networks to fuel its expansion, which means its operating costs will remain high in the long term. The company has already built a brand store “NIO House” in Oslo and battery swap stations across Norway, which were put into use this January.

Rising Chinese EV makers, such as NIO, are aiming for global expansion. These companies pose challenges to long-established car makers in Europe, who are slow to respond to the electrification of cars. Audi’s recent move will unlikely stop NIO’s foray, but will possibly slow it down. Such behavior has met the disapproval of German experts.

"The likelihood of confusion between an SUV and a sedan is pretty low," says Ferdinand Dudenhöffer, automotive professor at the Center Automotive Research (CAR) in Duisburg, according to Handelsblatt, who adds that Audi's approach is “counterproductive" and a lawsuit creates a “bad climate”.

Dudenhöffer’s prediction may be correct, as Chinese consumers are responding negatively to the news, which could potentially harm Audi’s brand image in China, one of the carmaker’s largest sales markets. In 2021, Audi delivered 701,289 vehicles in China, accounting for over 41% of its global car deliveries.

The topic “Audi sues Nio for infringement” has over 100 million views on Chinese social media Weibo. “I didn’t realize that Audi invented the alphabet and only Audi is entitled to these letters,” a top liked comment under the news reads.

Li Pengcheng, Vice President of Chinese carmaker XPeng also voiced his support for NIO on Weibo, calling Audi’s move unjustified, and “more or less feels like they are trying to trip their opponent over when they can’t win the fight.”