Metaverse could reach $5 trillion in value by 2030, McKinsey report shows 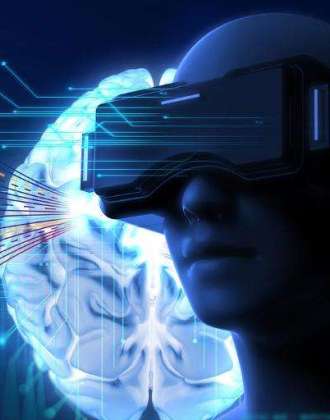 The market size of the metaverse could reach $5 trillion in value by 2030, consulting firm McKinsey & Co.’s new research shows.

The market size of the metaverse could reach $5 trillion in value by 2030. according to a new report from international consulting firm McKinsey & Company.

Based on this projection, McKinsey indicates that the consumer spending in the metaverse will most likely be divided into five fields: socializing, gaming, fitness, commerce and remote learning.

E-commerce will be the primary cash generator in the metaverse, McKinsey predicted that consumer spending in this sector could reach $2 trillion to $2.6 trillion of by 2030. Virtual advertising will be another major sector, with relevant revenue expected to make up another $144 billion to $206 billion.

Gathering survey from 3,104 consumers across 11 countries, McKinsey said that early 60% of all consumers surveyed prefer at least one activity in the virtual world compared to its physical alternative.

The report also highlighted that companies, venture capital, and private equity firms have invested more than $120 billion in the metaverse in the first five month of 2022, which is more than double the $57 billion invested in all of last year.

The report also showed that 25% of all executives on survey said they expect the metaverse to drive 15% of their organization’s total margin growth in five years.

Metaverse is a technology term originally from the 1992 cyberpunk novel Snow Crash by science fiction author Neal Stephenson. The term describes an all-encompassing virtual world where people can play, socialize and interact with one another by using avatars.

The idea behind it is that people can walk around and inside of virtual world where they can interact with one another in real time.

The metaverse is the convergence of lots of technologies and express how they all interconnect.

As 5g and even 6g rolls out, it'll increase internet speed, which could enable a seamless link between our real world and the metaverse. Software, device makers, tool builders like game engine companies will benefit from Metaverse going forward. These companies are typically fast followers on the latest trends as they raised large chuck of company from venture capitals and big tech companies.