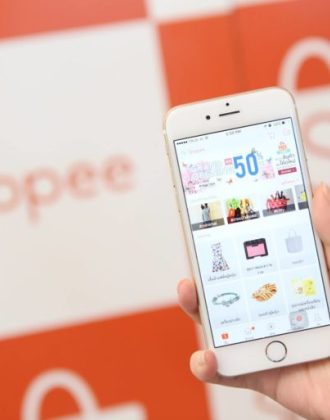 The company said it is cutting jobs to make sure the business is in the "best possible position" to continue scaling sustainably.

Shopee, the e-commerce platform owned by Singapore-headquartered tech giant Sea Limited, has started laying off staff in its international operations.

Employees of Shopee's food delivery and digital payment businesses in several markets will be affected. The decision was announced to employees in an international town hall meeting led by an executive from Sea.

Nearly half of ShopeePay and ShopeeFood workers in Thailand have been affected, according to DealStreetAsia's report on June 14th.

The layoffs will extend to its e-commerce teams in Mexico, Argentina and Chile. The early stage pilot of the e-commerce unit in Spain will come to an end.

"We regret to inform you that Shopee.es will stop operating from 11:59 pm on June 17, 2022. All orders received up to that date will be processed as usual and aftersales service and support will continue to be available to all users who have made purchases on our platform. We are very grateful for all the support and confidence received, and we apologize in advance for any inconvenience this may cause," Shopee Spain wrote in an announcement to users.

The exit from the Spanish market comes only a few short months after Shopee finished winding down its business in France.

Chris Feng, chief executive officer of Shopee, said in an e-mail to employees, “Given elevated uncertainty in the broader economy, we believe that it is prudent to make certain difficult, but important adjustments to enhance our operational efficiency and focus our resources.”

According to the executive, the job cuts are to ensure that the business remains in the “best possible position” to continue scaling sustainably.

“This reallocation of resources to further focus on our priorities will help us grow our business even better,” Feng wrote. “While we need to continue to optimize our efficiency, we are also generally still growing and hiring as needed to support that growth.”

Shopee's downsizing is not surprising. In the face of rising inflation, tighter Fed monetary policy, and the Russian-Ukrainian war, companies are scaling back to deal with mounting risks. U.S.-based cryptocurrency exchange Coinbase has just announced 18% layoffs, fintech firm Klarna has cut 10% of its workforce, and social media giant Facebook has frozen hiring.

Last year, propelled by the loose monetary policy and COVID-fueled e-commerce boom, Shopee, which is regarded as the top player in Southeast Asia, started aggressive global expansion. To fund the expansion, its parent company raised $6.3 billion in an equity and convertible bond sale in September 2021.