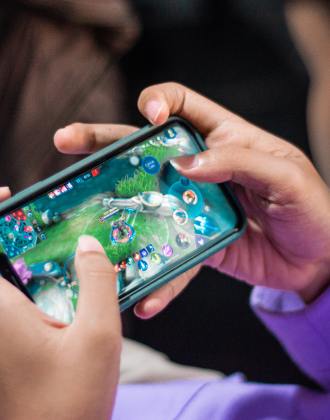 Some quit, and some eyes overseas markets.

China's authorities stopped issuing game licenses in July of last year as part of their campaign to combat minors' gaming addiction. While parents in China may have applauded the decision, the gaming industry was shaken.

Game titles, like books, movies, and TV shows, are not allowed to be sold in China without a license. Otherwise, they can only be released as beta versions and will not be profitable. Licenses are typically issued at the beginning of each month by authorities. Breaking the mold entails disrupting each studio's game development/marketing/distribution schedule. Such disruptions can set off a chain reaction, cutting off revenue streams, which small studios cannot afford.

Licensing resumed in April, with 45 licenses issued, ending a 263-day hiatus, but still far fewer than in the first half of 2021, when an average of 80 licenses were issued monthly. Bilibili, Huya, and Netease, among other game companies, saw their stock prices rise following the announcement.

Contrary to popular belief, the end of the halt did not signal the end of the gaming industry's winter, as some small and mid-sized studios that applied for licenses in July have already ceased operations or shut down entirely before April, even though they have finally received the approvals.

Wuzhiwanyou, a game studio that has received approval for a mobile game in this turn, was found pivoted to a job-searching platform. During the halt, up to 14,000 small and medium-sized studios were deregistered.

11 of the 25 companies in the A-share online game sector that have released their 2021 annual reports suffered losses in 2021, while 10 saw their net profits fall from the previous year's same period.

Licensing was not back to normal pace, it turned out. It was temporarily halted in May, with no explanation given. However, on June 7, another 60 licenses were issued. While the stock prices of companies that were approved rose, the industry was not as ecstatic as it had been in April due to the limited number of licenses available and the unpredictability of the issuance schedule.

When the number and schedule of issuance do not follow the norm, studying new policy trends and observing new license issuance is no longer important for game developers. Because of the uncertainty, investors are wary, resulting in a lack of funding for game development. Companies that are having a hard time securing funding will naturally turn to making small, simple mobile games in the hopes of quick monetization and minimal input.

Large game companies, on the other hand, are less affected because they can rely on revenue from established titles. Existing games would attract more players as well as secure existing ones if new games could not enter the market, which would indirectly stifle innovation.

Companies that have not been issued licenses but are eager to release games take a grey area approach, exploiting regulatory loopholes by purchasing licenses from other companies. Of course, licenses are not for sale, but games are, making it possible to transfer both games and licenses together. Companies in desperate need of a license can purchase similar-themed games for between 500,000 and 700,000 yuan, up from 300,000 to 600,000 yuan prior to the halt.

This is a risky practice. If regulators determine that the released version of the game differs significantly from the version filed under the license number, proceeds from the title will be confiscated, and a 5 to 10 times fine will be imposed. There have been numerous precedents in the past. The online game "Wusheng Chuanqi" (Legend of the Martial Sage) was fined 429,800 yuan in June 2021 for stealing license numbers and refusing to allow real-name user registration.

Small studios now have more options, which arose in 2018 when the game industry in China was halted due to the merger of two government branches. Studios have chosen to rely on large publishers and distributors for funds and licenses, allowing them to concentrate solely on game development. The approach gives studios a chance to survive, but it also limits their potential because publishers would be involved in the development process, potentially limiting the creator's ability to express himself.

Furthermore, because games published outside of China are unaffected by the halt, studios may choose to launch outside of China first and then re-launch domestically once the licensing issues are resolved. According to the China Game Industry Report January-June 2021, China's independently developed online games raked in $8.468 billion in overseas markets in the first half of 2021, up 11.58 percent year on year, outpacing the domestic market's 7.89 percent growth rate.

In the domestic game market, there are still some bright spots. 16 licenses were labeled as "Pilot" in the recently released licenses, indicating that they were not approved by China's State Press and Publication Administration but were vetted by local authorities. The change is in line with a previous statement from the State Council, which stated that the country would "promote pilot online game auditing in eligible locations of the pilot free trade zones," implying that approval of game licenses would be delegated to local governments. Such measures can help developers understand how to comply with regulations and speed up the license issuance process.