Foxconn to increase the number of workers in Vietnam, while fending off poaches from rivals 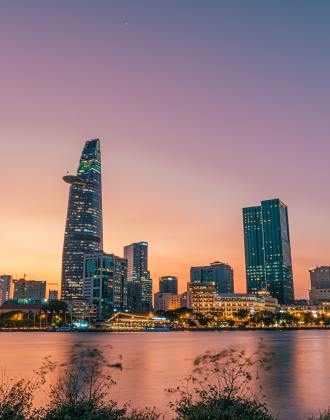 With 60,000 employees in Vietnam, Foxconn, the Apple supplier, considers Vietnam as its largest manufacturing base outside of China. Now the company is facing a threat as its Chinese rivals establish bases close to Foxconn in Vietnam, in an attempt to poach Foxconn’s workers, according to Young Liu, CEO of Foxconn.

According to Taipei Times, Liu warned on Saturday that the move "shouldn't be condoned," but did not name any firms. Foxconn competitors are buying land next to Foxconn's Vietnam factory so that they could "ride on our coattails and poach our talents with high salaries," according to Bloomberg citing Liu.

Currently, there are three Chinese competitors that have moved to Vietnam following Foxconn’s footsteps, including Luxshare Precision, GoerTek Inc, and BYD, who make AirPods and iPad respectively.

Established in 1974, Foxconn is a multinational electronics manufacturer known for making Apple, Nintendo, Nokia, Sony, Google Pixel, and Xiaomi products. The company has long been a key supplier to Apple and is moving its production force outside of China per the client’s request. Foxconn has already moved its iPad production to Vietnam in June. The company also plans to “significantly” increase its number of employees in Vietnam over the next two years, according to Taipei Times.

Vietnam is actively improving institutions to attract foreign capital. In 2021, FDI enterprises in the Southeast Asian country accounts for 55 percent of total industrial production value, and more than 70 percent of export turnover.

According to a government decree on Sunday, Vietnam’s minimum wage will rise 6 percent, to VND4.68 million (USD 201.88) per month starting July 1. The previous minimum wage was VND3.25 million (USD 140.19) a month, which remained unchanged for two years. This is the first time since 2009 that Vietnam increases the minimum wage in the middle of the year instead of the beginning, which was a norm in previous years.

The rising minimum is a result of increasing labor demand, as well as worker strikes. In the first quarter, 64 strikes were initiated in Vietnam, 10% of which were in the electronics industry.