Farewell, Airbnb and Kindle, the Chinese market is as fierce as a colosseum 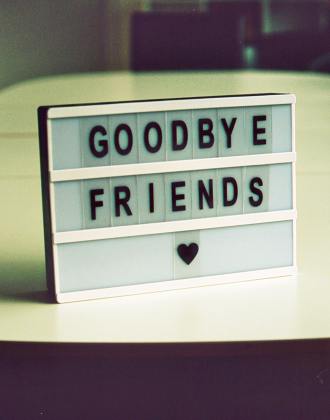 In China, you need to build a very big fence to block your competitors; otherwise, they are going to eat your launch.

After a brief social media frenzy, conversations regarding Airbnb and Kindle’s exit have rapidly subsided in China. That's not surprising, as people are accustomed to international Internet giants leaving.

The latest setback reaffirms that while the Chinese market appears to be lucrative, its uniqueness and complexity also mean that companies must pay more to establish themselves here. For those out-of-towners, even if the market is big enough, it's not their top priority, thus their “Silicon Valley” experience provides little advantage when competing with deep-pocketed local competitors.

In late May, Airbnb announced it would cease its domestic operations in China and instead focus on serving Chinese tourists seeking accommodations abroad. All mainland Chinese listings, including residences and experiences, will be taken down by this summer.

The vacation rental company, which established operations in mainland China in 2016, has attempted a variety of localization initiatives over the past few years without much success. Bookings of stays and experiences in China typically account for approximately 1% of Airbnb’s total revenue.

While repeated lockdowns have wreaked havoc on China's tourism industry, rivalry from local competitors is what ultimately prompted Airbnb’s departure from China. According to the Wall Street Journal, Airbnb is finding it difficult to compete with Chinese competitors such as Meituan, who dominate the market and can acquire new clients for less money.

Besides Meituan, Airbnb faces fierce competition from Xiaozhu, which is backed by e-commerce titan Alibaba, and Tujia, which is supported by Chinese OTA behemoth Trip.com. With the assistance of these mega platforms, Airbnb’s domestic competitors may reach vast numbers of users more quickly and affordably than Airbnb.

On the other hand, as COVID-19 disrupted outbound and long-distance travel, these Chinese players quickly grasped the value of expanding their domestic operations; by covering more cities, they would benefit from a surge in demand for day excursions and weekend getaways.

According to Tujia, the number of orders for countryside homestays on its platform increased by 30% in 2021 compared to 2020, generating more than 2 billion yuan for hosts. The company claims to have experienced the most rapid growth in orders for rural homestays following the COVID-19 outbreak in 2020. “Due to the impact of the epidemic, inter-provincial travel has decreased, but it has facilitated the rise of homestays around cities and suburbs,” explained Hu Yang, vice president of Tujia.

Xiaozhu also reported that they are now present in more rural areas and that orders have increased there. Meituan B&B, which is developed on Meituan Dianping, China's largest local service platform, is available in more Chinese cities, particularly lower-tier ones, and has the greatest average daily order volume among them.

As market changes drove local rivals to shift their attention to lower-tier areas for expansion, Airbnb, which has always prioritised growth in first- and second-tier cities, has lost its competitive edge. Song Xingchen, founder of Fanxing B&B, believes that Meituan surpasses Airbnb due to its advantages in local service and lower-tier markets. “In the past, 85% of our traffic came from Airbnb. Now, 50% of our traffic comes from Meituan B&B," he said, adding that the gap between Airbnb and Meituan B&B in terms of user persona, order prices, and other factors has narrowed over the past two years.

As for Kindle, the situation is comparable. As of last Thursday, Amazon announced that it would cease supplying Kindle devices to retailers, and as of July 2023, Kindle users in China will not be able to purchase online books. Existing customers will be able to download previously purchased titles until June 2024.

As previously reported by PingWest, the Kindle e-bookstore officially debuted in China in December 2012, and the ink-screen design immediately attracted domestic book aficionados. In 2018, David Limp, former senior vice president of Amazon's devices, said that China has become the largest market for Kindle, with the cumulative sales of its devices reaching millions and the sales of e-books surpassing 700,000.

While these figures sound impressive, the reality is that the vast majority of Chinese do not use a device like the Kindle for reading. According to the 19th National National Reading Survey released by the China Press and Publication Research Institute in 2021, 45.6% of the respondents read paper books, 30.5% used mobile devices like smartphones and tablets to read e-books, and only 8.4% utilised e-readers.

Even though it offered apps for Apple and Android, Kindle experienced difficulty attracting more Chinese readers due to its lack of web fiction resources. According to the China Internet Network Information Centre, the number of online literary readers in China reached 460 million in December 2020, accounting for 46.% of netizens, or 1 out of every 3 Chinese people.

When it comes to the Chinese App Store's Read eBooks & Magazines category, ByteDance's Tomato Novel (番茄小说) ranks first, Baidu-invested Qimao Novel (七猫小说) and Tencent's WeChat Read rank fourth and seventh, respectively. Similar to the other top 10 players in the category, they all have access to an abundance of web fiction resources. Kindle China has attempted to expand its selection of web fiction, but the results have been disappointing, as the app now ranks 34th in this category.

In addition to not meeting the majority of Chinese customers' preferences for reading content and devices, the free membership services offered by local competitors make it tough for Kindle to compete. Take WeChat Read as an example; by accomplishing various activities on its platform, readers can obtain free "unlimited reading cards" that unlock nearly all platform resources. While after purchasing Amazon's so-called unlimited membership, users still have to pay extra for many e-books.

A further concern is that people are spending less time reading due to the proliferation of short-video platforms; this could have an effect on the entire industry. China Daily reports that in 2019, Chinese adults read an average of only eight novels, including both print and electronic versions. This is far fewer than their German and Japanese counterparts, who read at least twice as much.

The withdrawal of Kindle is Amazon's most recent defeat in China. The US e-commerce giant entered China in 2004 by acquiring Joyo.com, the country's then-largest online retailer of books, music, and movies. But in 2019, Amazon shut down its online local marketplace in China due to rising competition from domestic competitors such as Alibaba and JD.com.

Airbnb and Kindle had high aspirations for China, the world's most populous nation, but they are condemned to fail due to less understanding and limited investment. In a 2017 interview with Bloomberg, the renowned investor Kai-Fu Lee stated that Silicon Valley companies may not be able to become gladiators in the Chinese market because their Chinese competitors were born into a competitive climate and their products are simpler to use. "In China, you must construct a very large fence to block your competitors, otherwise they are going to eat your launch," said Kai-fu Lee.

More broadly, it is not easy for a consumer-facing internet giant to enter emerging markets because the habits of local consumers are very different from those in developed countries. The following are a few more examples: Amazon's e-commerce business in Southeast Asia has been sluggish and far behind local competitors; Uber was forced to exit from Southeast Asia in order to reduce losses in the face of fierce competition from Gojek and Grab.

However, the entry of these forward-looking and innovative enterprises has ignited healthy competition and injected more vitality into China's Internet economy, for which we should all be grateful.

Photo by Jan Tinneberg on Unsplash