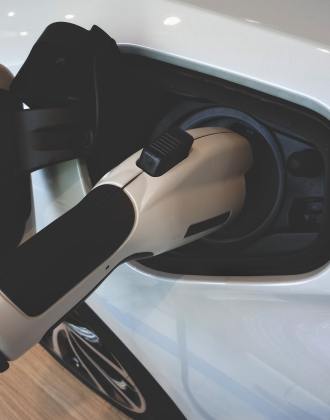 The Buffett-backed company tramped Volkswagen to become the third-biggest automaker in the world after the announcement, while CATL stocks took a dive.

On June 8, Lian Yubo, Executive Vice President of Chinese automaker BYD said the company is “a good friend with Elon Musk”, and will supply batteries for Tesla soon, according to an interview snippet posted by CGTN host Kui Yingchun. Kui has deleted the video from her social media account without explanation.

Tesla has not officially responded to the news. However, according to EV media Diandongshi, a person related to Tesla said, “We did not get this information.”

BYD is a prominent EV maker and battery supplier in China. The Buffett-backed company saw its stocks rise 3.98% percent after the announcement, while stocks of CATL, a current battery supplier for Tesla, took a dive. Reaching an unprecedented high, BYD recorded a market capitalization of $128.8 billion, ranked third in the world as it trumped the German automotive manufacturer Volkswagen.

The deal, however unverified, comes as a surprise for many. In 2011, during an interview with Bloomberg, Elon Musk laughed at BYD’s then newly launched E6 model since he did not think it was a great product, adding that “BYD as a company has pretty severe problems in China,” and “their focus is and rightly should be on making sure they don’t die in China.”

BYD sold 730,000 vehicles in the past year, growing at a rate of 75%. Approximately 600,000 of which are new energy vehicles, accounting for 82% of the total sales, and amounting to a 231% increase YoY. In February 2022, BYD’s EV accounted for 6 out of the 20 top-selling models in the world, according to CleanTechnica. The EV maker has outgrown itself to become one of Tesla’s most prominent rivals - in 2021, BYD EV sales ranked second globally, 340,000 short of Tesla’s sales. From January to May 2020, the company sold a total of 507,314 vehicles, up 348% YoY. The company’s rapid growth can be attributed to China’s green initiatives, as well as taking a different approach than Tesla by pricing most of its car models significantly less.

As the EV market remains unsaturated, the two are likely to become collaborators instead of competitors. Raw materials such as graphite, lithium, and cobalt are critical to EV battery production. Notably, 70% of all graphite - a resource that has few viable alternatives - comes from China, which gives Chinese battery makers an edge amid global shortages.

According to the 2021 Tesla Impact Report, the company has set its sales goals to 20 million EVs per year by 2030, a 20 times increase. However, the grand goal might be hindered by a lack of core components, such as batteries. Musk has previously acknowledged the challenge at the opening of Tesla’s Gigafactory in Berlin this March, saying “next year will be I think probably a challenge with total battery production”.

“The global EV battery supply will likely hit a ‘sold-out’ situation between 2025-26, with its global operating rates reaching above 85%,” according to a Bank of America report, adding that shortages will intensify between 2026 to 2030 due to a continued increase of EV penetration.

Tesla is manufacturing its own batteries as well as outsourcing from CATL and LG Chem. Similar strategies have also been adopted by Chinese EV makers, such as NIO, who invested 218.5 million RMB this year to establish battery R&D labs in Shanghai.

As China’s second-biggest battery maker, BYD is eager to sell more batteries. In 2021, BYD counts FAW, Dongfeng Motor, ChangAn Motor as external supporting enterprises, who are not heavyweights in the EV industry. Supplying external enterprises only accounted for 5.56% of BYD batteries’ installed volume.

The company has inked deals with NIO and Xiaomi to supply them with lithium-iron-phosphate batteries earlier this year, while rumors regarding Tesla surfaced as early as 2021.  In August 2021, it was rumored that BYD will supply its “Blade Batteries” for Tesla in the second quarter of 2022. The news was later denied by BYD.

If verified, the deal will likely help BYD expand its battery business as it gets a vote of confidence from the biggest EV maker in the world. Tesla will also benefit from diversifying and localizing its supply chain in China. However, the deal also means that BYD might be cutting a slice of cake from CATL, who counts Tesla as its biggest client.

Photo by Possessed Photography on Unsplash