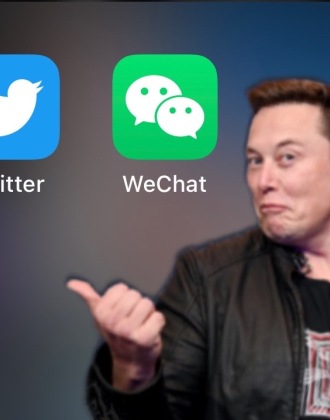 Twitter's business model may be partly similar to that of Chinese social and gaming giant Tencent, Kuo, a market analyst at TF International Securities, who focuses on the manufacturing supply chain of Apple, said in a Twitter post late Sunday.

Kuo pointed out that Tencent’s revenue from social networking — including subscriptions — advertising, and fintech and business service in 2021 was $17.6 billion, $13.3 billion, and $25.8 billion, respectively.

“So [Musk's] revenue target of $26.4 billion by 2028 for Twitter looks achievable,” said Kuo, adding that while Twitter may not provide Tencent-like multimedia subscriptions, Musk's experience could make it offer subscriptions related to financial services.

The analyst believe that Twitter Pay could even outperform Tencent’s WeChat Pay, which is ubiquitous in China, in some ways, as it may support cryptocurrencies.

According to a report by The New York Times on Friday, Musk recently briefed investors on his ambitions for Twitter and its financial goals, which include quintupling revenue to $26.4 billion by 2028, lowering dependency on advertising, producing $15 million in revenue from the payments company, and more.

This set of plans is overly grand, given slowing Twitter user growth and the still nascent payments business. Before unveiling the plans, Musk is actively promoting Twitter to accept his favourite cryptocurrency, Dogecoin, as a payment option for its subscription service.

Last month, Twitter secured a $44 billion cash deal to sell itself to Musk, who received over $7 billion in funding from high-profile investors, including Oracle's co-founder Larry Ellison and Sequoia Capital.