Huawei aims to use ICT technology to make the world greener 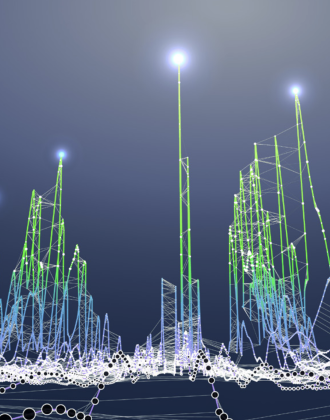 By improving the energy efficiency of digital infrastructure, increasing the share of renewables in electricity generation, and enabling green industries...

Huawei’s Green Development 2030 report included Huawei’s own outlook and input from nearly 100 industry experts as well as more than 30 third-party organizations comprising policymakers, associations, think tanks, and enterprises, focusing on how digitalization and decarbonization can drive green development, as well as potential applications of green ICT in key industries by 2030.

In the report, three pathways for future ICT innovation to empower green development were proposed: improving the energy efficiency of digital infrastructure, increasing the share of renewables in electricity generation, and the enabling of green industries.

Zhang echoed Neves’s claim and suggested it’s not enough to only focus on energy consumption, as the industry should pay more attention to energy efficiency, or more simply put, achieving “more bits, less watts”. The ideal can be achieved through maximizing the use of renewable energy, as well as the introduction of AI technology and so on to innovate and create “green sites”, Zhang claims.

According to Zhang, 40% of global carbon emissions come from parks, and ICT technology can play an enabling role in carbon management and energy management. Huawei has previously collaborated with the State Grid Jiangsu Power Supply Company to jointly built a zero-carbon smart park. “After one year, we have helped the park achieve a renewable energy ratio of 85%, saving about 3 million kWh of electricity and reducing carbon emissions by 56,005,600 tons per year,” said Zhang.

The “dual carbon” goal is a grand one, requiring all industries and companies to join forces and improve their own low carbon operations. At the forum, the Head of ICT Security at BYD's Information Center, Luo Xiaoping explained how they are using green optical networks to enable smart manufacturing and green and low carbon operations. According to Luo, a 5G optical transmission network was used at BYD’s new production line, which not only reduced the overall cost by 50%, but also avoided electromagnetic interference problems common in traditional factories.

In the past years, as the U.S. imposed a trade ban on a number of Chinese companies including Huawei, the company has seen its revenue suffer, dropping 49.6% year on year in 2021, according to its recently released annual report. The company has previously reiterated its faith and increased its R&D investment, ranking second in the 2021 EU Industrial R&D Investment Scoreboard. Following China’s carbon neutrality goal and the global trend to go green, Huawei has also listed green development and green transformation for other industries as part of its own mission. By the end of 2021, Huawei reported saving 84.2 billion kilowatt-hours of electricity and reducing CO2 emissions by about 40 million tons, by providing greener solutions to carriers in more than 100 countries and regions.