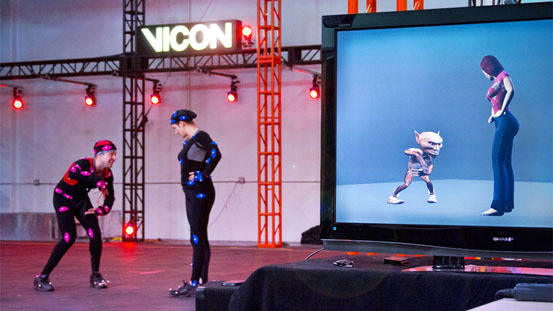 As I raised my eyebrows, pouted my lips, and winked at the iPhone, a digital human on the big screen in front of me vividly mimicked my facial expressions with no perceptible delays.

“We use the depth of field function in-built with iPhone cameras to capture your face, so anyone can pilot the same digital human, regardless of skin tone or facial structure,” explains an employee of Dawa Future, a company that provides digital human solutions.

By 2021, digital human technology has started trending in China as an increasing number of digital human live streams emerge, much like vTubers, who pose as virtual avatars generated using computer graphics and real-time motion capture software or technology to entertain viewers on YouTube. Fundamentally speaking, these digital humans are no different from computer-generated animation characters, except that they can be piloted in real-time. Digital humans have thus carved out their own niche as idols performing live in online concerts, live-streaming, and or communicating with their fans in real-time.

There are two types of real-time piloted digital humans - the ones powered by real humans or AI. Currently, it is much easier to power digital humans with real humans for better results. A real human wearing an infra-red motion capture suit can execute simple interactions with real human coworkers by standing on opposite sides of a stage, as well as complex movements such as singing and dancing. These real human-piloted humanoids tend to have effectively reduced stiffness and facial expressions compared to AI. Notably, face-capture and body-capture for digital humans are two standalone systems, making it even possible for two people to pilot one humanoid simultaneously.

“Meet Gu”, a digital replica of the Olympic star Eileen Gu, was made in less than five days, according to a Dawa representative, who gave life to Meet Gu in partnership with Migu, a digital entertainment company under China Mobile. With high-resolution digital assets (raw images and footage) provided by Migu, it only took two days for Dawa to conduct testing and compile a rough model of Meet Gu, and three more days to develop a real-human pilot system during the Chinese Spring Festivals. Meet Gu ended up live streaming on Migu's platform, even interacting with Eileen herself on stage.

Evidently, the quality of digital assets is of paramount importance to constructing a digital human. With a high-resolution input, developers can generate a lifelike replica that not only visually represents, but feels like a real human too. Otherwise, minute details such as hair, eyelashes, dimples and et cetera, fine points that give the humanoids precise resemblance to their prototypes may be lost in translation.

Digital humans are already making their debut in places more than live streams, such as short videos and movies. In film production, it is more feasible and cost-efficient to employ digital humans instead of real ones. According to Dawa, the company had previously produced a virtual stunt actor for a Chinese blockbuster movie, who went into flames eventually sacrificing himself for his comrades. The humanoids can perform tasks exactly as the directors demand, accomplishing extremely dramatic effects that are otherwise impractical, unsafe, or unsatisfactory that are of human results.

In China, digital humans are more prevalent in short videos than in movies, as evident by the famous virtual demon-catcher Liuyexi. Content creators see digital humans as the next big opportunity in the short video sector. Screenwriter Siven has already struck a partnership with Douyin to shoot a series of paid short videos starring digital humans. As Siven explains, the TV and film industry in China has been heavily impacted by the pandemic. “There’s less money in the industry right now, which constrains creators to make modern stuff because they don’t cost as much as sci-fi movies or historical drama,” says Siven. Short videos combined with digital human technology can provide creators with financially manageable ways to create content fulfilling more ambitious imaginations.

Furthermore, short video platforms such as Douyin and Kuaishou, aided by recommendation algorithms, are a fast track to reaching millions of audiences at once. When facing a large enough audience base, even niche contents have a greater chance of exposure and become viral. “I can’t think of any downsides to using short video platforms for promoting digital humans,” Dawa representative concludes.

There’s a lot to look forward to when it comes to digital humans. Currently, they may seem distant from our daily lives since our mortal existence cannot relate to the never-dying, never-tired, ever-perfect creatures (due to the perpetuity of these creatures), but the emotional value of digital humans has begun to surface.

In 2020, Jang Ji-sung, a Korean mother whose daughter Nayeon had passed away four years ago, was once more reunited with her little girl in the virtual world. A digital replica of Nayeon was created using her photos and videos. Jang cried as she got to celebrate another birthday for Nayeon, and so did the Dawa representative.

“I realized something when I saw the video clip of their reunion. There is an essential need for digital humans, whether it be emotional or recreational. Only digital humans that are ‘alive’ and have ‘feelings’ can be accepted by the general public,” said Dawa representative.

Digital humans are more than mere objects of products, services, or replicas. They are intellectual properties with potentially evergreen longevity, “they will never die, and their value will increase over time,” claims Dawa. Mickey Mouse sets an example for digital creatures as IPs, according to Dawa. Created in 1928, the now 94 years-old character is one of the world’s most recognizable digital figures. Being the mascot of a multi-billion dollar empire, Mickey Mouse has come a long way since it was first drawn by Walt Disney. As Dawa points out, Mickey Mouse has charmed generations after generations, and will continue to live, thrive and influence many more generations to come.

The survival of these humanoids may not be determined by earthly sustenance such as food and water, but they require financial income and ongoing care just like the rest of us. Unlike real humans, digital humans will never have an authentic experience, therefore any products they use or recommend may be deemed unreliable. Digital human's values, however, are not limited by their authenticity. “The commercial value of digital humans is tied to trends and fashion,” says Dawa, “it’s not their veritableness that appeals to consumers, but their likability. ” In other words, digital humans don’t need to relate to consumers when it comes to experiencing a product or a service. They can influence consumers just as well by presenting the glamour of certain products with their ever impeccable appearance. For instance, Liuyexi, a virtual deman catcher viral on Douyin, posted an ad for Chinese EV maker Xpeng last week. One of the top comments praises the apparent commercial video as “much more enjoyable than big-budget films.”

In addition, digital humans can also represent digital products, such as NFTs. Since digital humans are rooted in a virtual ecosystem, it only makes sense for their economy to be a virtual one as well. “Let’s say we get a digital Michael Jordan to wear a pair of digital sneakers, sales would go through the roof,” says the Dawa representative.

In terms of “constant care”, with established commercial value, digital humans need to be “cared for”, meaning maintenance, sustainment, and further upgrades wherever due. In the public eye, these humanoids are also considered public figures, therefore they need packaging and branding. As increasing applications for digital humans surface, they need to be adjusted and trained accordingly to fulfill the demands of various needs.